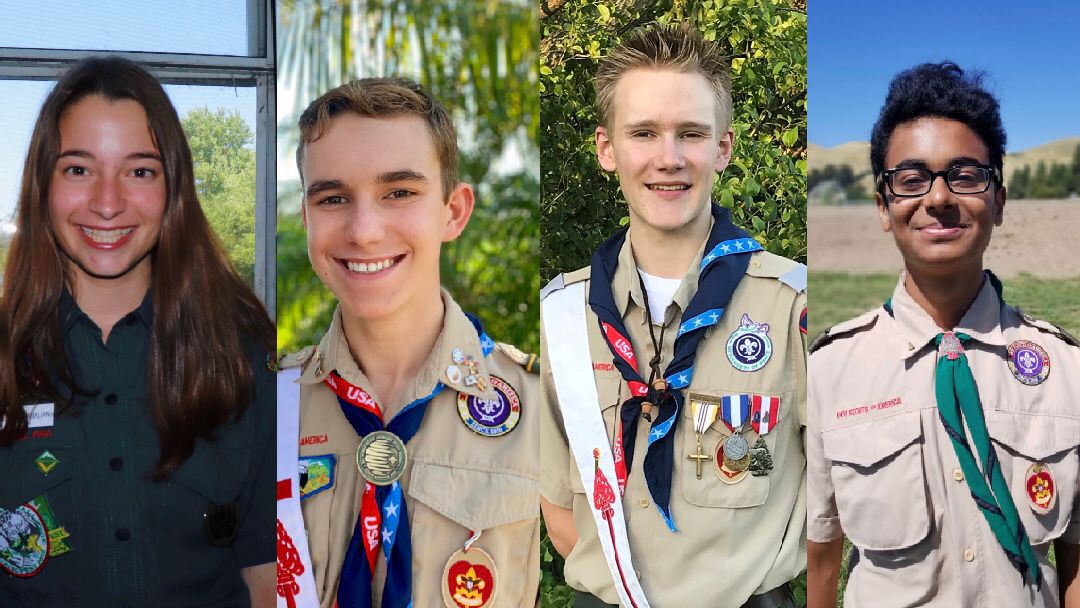 The World Scout Jamboree is an experience that everyone should experience, but, of course, only a relative few of the 40+ million scouts of the world will actually be able to attend the Jamboree this summer.

To help bridge this gap, each Contingent will send a group of Global Ambassadors whose job it is to share their World Jamboree experience online for the benefit of the rest of their Contingent and National Scout Organization.

In addition to enjoying the Jamboree to it’s fullest potential, the Global Ambassadors will be able to participate in some dedicated Global Ambassador programming, such as leadership and cultural exchange training.

The Ambassadors will post regular updates to their respective Jamboree blogs and share insights gained from the experience and from their fellow Global Ambassadors from other contingents. We will share these blog posts on our blog and social media pages as well, as soon as they are available.

From the many stellar Global Ambassador Applications we received a few months ago, four were ultimately chosen to represent our US Contingent: Alexa Agamalian, Jack Carlsen, Jakob Christiansen, and Sahil Singh.

Alexa Agamalian is part of Unit 409. She is a Venturer from California who enjoys photography and travel-journaling. She wanted to be a Global Ambassador “to show the world how special Scouting is, how beautiful scouts are, and how we can all come together and share our common interests and joy to spread peace and goodwill around the world… I want to lead by example” she says, ‘and show the world how a smile can break through any barrier and how Scouting has something for everyone.”

Jack Carlsen is part of Unit 217. Since becoming a scout in first grade, Jack has been to Philmont, Sea Base, and the Summit, including for the 2017 National Jamboree where he became an avid patch and neckerchief trader. In his words, “out of all these trades, my purple 2017 Jamboree International Scout.

Neckerchief has become the most valuable to me, not because of any sort of material worth, but because of the story that goes along with it. I received it while exploring F camp, where all the international scouts stayed. I met people from all around the world in my search, but it was not until after hours of searching that I met a Korean scout who wanted to trade like me. Like the large majority of international scouts I met that day, she could not speak English. We therefore had to communicate without the spoken word, not only to reach a trading agreement, but to learn about each other and our cultural differences. Ever since then I have worn the neckerchief to every scouting event I have attended, as it represents my new mission to become a global citizen.”

Jakob Christiansen is part of Unit 309. Jakob has spent much of his Scouting career developing his leadership skills as a leader to his troop and NYLT course, skills he has also carried over to service to his church. When thinking about his role as Global Ambassador, he reminds us of a quote by B-P:

“No one can pass through life, any more than he can pass through a bit of country, without leaving tracks behind, and those tracks may often be helpful to those coming after him in finding their way.” -Robert Baden-Powell

“This quote” Jakob explains, “states that one must not only acknowledge but also accept the responsibility of leaving tracks throughout one’s life; and as a US Contingent Global Ambassador, I will be prepared to sow seeds of inspiration in scouts around the world via the media I create.”

Sahil Singh is attending the Jamboree as part of Unit 407. Among his friends, Sahil is known for his showmanship. He’s your guy “if you need a little cheering up or an entire stand-up comedy show.” He’s excited to make new friends at Jamboree and find new ways to connect people. For Sahil, the key to a good Jamboree is Unity. “As a scout of multiple ethnicities,” he says, “unity takes on an entirely different meaning for me. I believe Scouting has the potential to unite cultures around the globe in unprecedented ways. Especially today, it’s extremely important we embrace And this and cherish each other’s diversity.”

We’re all excited to see what Alexa, Jack, Jakob, and Sahil will do as our 24th WSJ Global Ambassadors just as we’re excited to hear about your experiences preparing for and (finally!!) attending the Jamboree.

Be sure to watch our social media pages for more updates. Don’t be shy about sharing what you’re excited for on our pages as well!

Kelsey McLeland's 5 Reasons to Attend the WSJ Kelsey McLeland, Contingent Events Young Adult, is excited to see you next weekend at the BSA...
Read More

A Recipe for a World Jamboree

A Recipe for a World Jamboree. Adventure, Friendship, Service, Sustainability, and Leadership are all wonderful ingredients on their own. Put them...
Read More