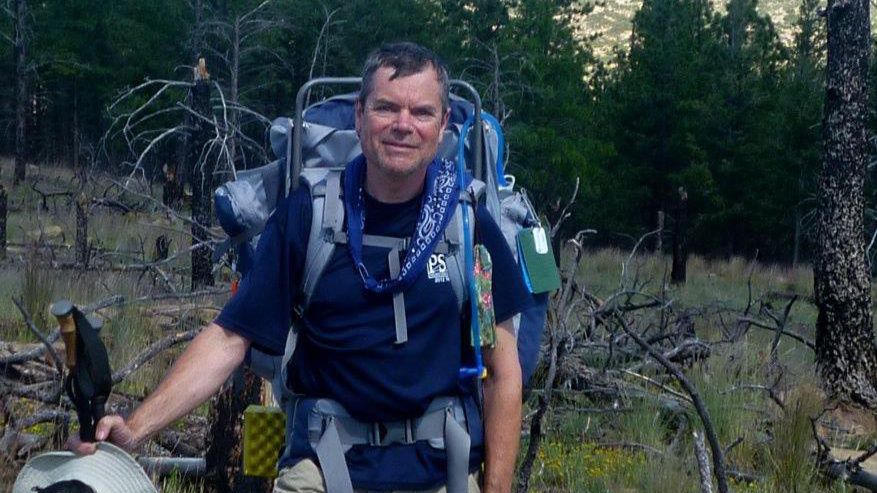 Tips from our IST Commissioner

As we count down the last 100 days until the Jamboree opens, we sat down with Northeast Region IST Commissioner Jay Eidson about his international scouting tips, his role as an IST Commissioner, and the larger World Scouting world.

Jay Eidson knows what he’s talking about when it comes to the World Jamboree. He’s served at four Jamborees (two World, two National), he’s the International Representative for the National Capital Area Council, and he’s worked professionally as a translator and lawyer with the World Health Organization, the International Law Institute, and as the Senior International Counsel for Sprint. That’s to say, he knows a good deal about how to best take advantage of an international setting like this.

Jay’s first tip: “Don’t be afraid to try.” A few years ago, he went with a group of scouts to Costa Rica. Many of them, he says, had taken several years of Spanish and were still surprised at how difficult it could be to converse in that language. It is surprisingly easy to stick to English at the Jamboree; most folks have a pretty good handle on it. Yet, the Jamboree is “the perfect opportunity,” says Jay, to practice another language. “Throw yourself out there and try. Don’t get insulted if they speak in English. Just ask them to let you practice. Making a mistake isn’t the end of the world.”

Not only is this the case with languages, but asking questions is a good way to approach any cultural difference. Take greetings, especially between people of different genders, for example. Some cultures prefer handshakes, others kiss, others bow, and naturally it would be uncomfortable to receive a hug or a kiss if you are expecting a handshake or a bow. Another good example is dress, where some people might prefer wearing a tank top and shorts, others might feel more comfortable wearing longer clothes and a hijab. Similar to what one learns in the BSA’s Disability Awareness Training, says Jay, “The most important thing is ‘don’t treat me differently, talk to me and ask me.’” One of the wonderful things about a Jamboree is everyone there is a scout and a peer first, and as such are very friendly and forgiving. It’s a great opportunity to learn firsthand how different people feel about different cultural norms.

For IST members, cultural differences also often mean differences in how people work together. “We are organized and do things in ways that we are familiar with,” notes Jay. “Supervisors will come from different countries with different frames of reference.” For instance, “in the US, if you’re the VP of a company or the lead on the skateboard area, the common concept is that you delegate to someone who reports to you. In France, you only delegate up, never down.” It can take a lot of patience and flexibility to work affectively in such a situation. It’s best to lean into those moments where you don’t know how to act in order to get to know someone and their culture a little better.

Getting to know others, even at the Jamboree, sometimes takes a bit of effort. “One of the dangers,” Jay mentioned, “of housing IST as a contingent in Echo is that you end up hanging with the same people.” Especially if you have served at previous Jamborees, or at NAYLE or NOAC or Venturingfest with someone, it might be too easy to get caught up with old friends at the cost of making new ones. “My challenge to those guys,” says Jays, “is to go off and hang with someone else. Make the effort to meet people from other countries.”

And bring a mess kit. “While there are three dining halls, All IST should bring a lightweight mess kit in the hope that you might end up eating with a unit some meals.” IST will be interacting not only with their fellow IST members but also with, of course, the Jamboree participants. Although there is no guarantee that someone will invite you to their camp, it is better to be prepared then to miss the opportunity to have a communal experience like that. Not to mention, a mess kit comes in handy when sharing tastes of food on International Day.

In terms of his work as an IST Commissioner, Jay says the next major project is working on BSA’s IST tent mate assignments, no easy task. “This is the single largest group of IST we’ve ever provided to a World Jamboree” at around 3000+ members. For this reason, all of the unit and the IST commissioners will be on the ground at the Jamboree early to check in our IST members. Once IST arrival and tenting are settled, IST members will be turned over to their respective team leads. From there on out, a small group of USA IST Commissioners will be around throughout the Jamboree to provide contingent-related support but most of the support an IST member might need will come from their assigned work area. This is similar to how, at a National Jamboree, a staff member works with their work area, relying very little on the Jamboree coordinators from their home council, although in this case your “home council” is replaced by your “home National Scout Organization,” the BSA.

The IST experience is unique, even when compared to the World Jamboree experiences of participants and unit leaders. There is an added challenge and added adventure of working with people of all sorts of cultural, national, geographical, and linguistic backgrounds.  Jay and the rest of the Commissioner team are very excited for you to experience this first hand. With less than 100 days to go, we hope you are getting as excited as we are for the 24th World Scout Jamboree.

Budget Now for the World Jamboree

An Early Jamboree! Learn about JOTI/JOTA 2018

An Early Jamboree! Learn about JOTI/JOTA 2018 The Jamboree is only 287 days away! Unfortunately, sometimes it feels as if the Jamboree will...
Read More

The Magic of the Summit With the close of the Olympics in PyeongChang today, we wanted to look at another important similarity between the games and...
Read More