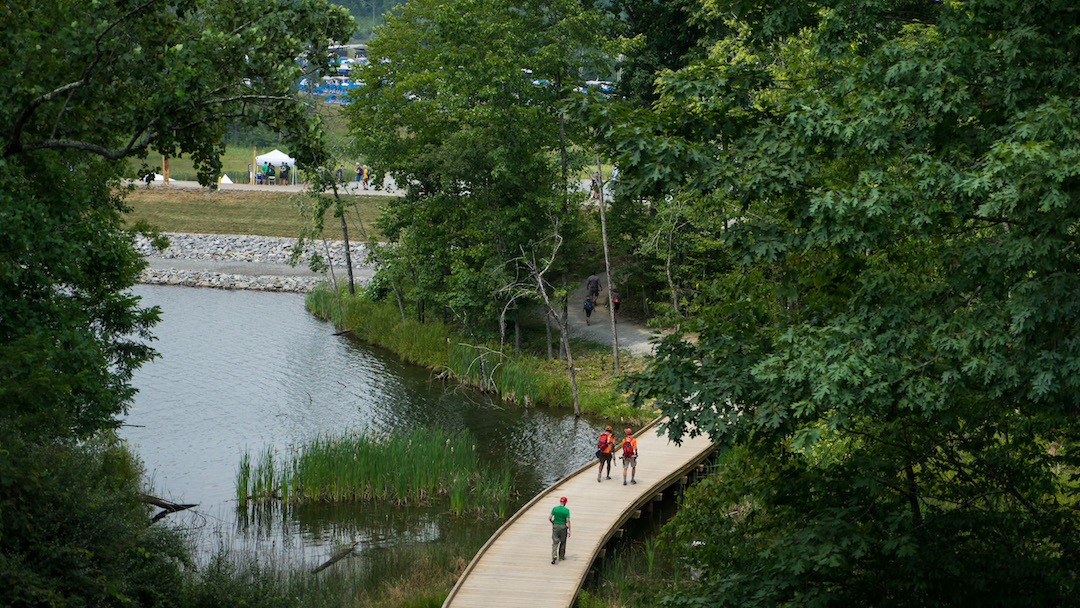 Lessons from the Jamboree

Describe the World Jamboree in one sentence

She’s not alone. Everyone we asked took a good few moments of hemming and hawing before finally attempting an answer.

“The most fun that I’ve ever had,” said Tee-Tee Nguyen, a participant from the 23rd WSJ.

“The best decision I’ve made in scouting,” says Reilly Granberg, a three-WSJ veteran.

“One of the most defining experiences of my young life” is how Christa Waterwiese, 23rd WSJ IST and 24th WSJ CMT, described the Jamboree. That’s a bold claim, Christa! “It’s true though. I talk about World Jamboree all the time to people in scouting and outside of scouting. … World Jamboree really changed me.”

Christa’s not alone. The World Jamboree’s profound effect on people frequently came up in our conversations with past participants and ISTs. The Jamboree is liable to change both your understanding of the World and your life. “The things that you learn at a World Jamboree will be one in a million. You’ll never be the same. I never was,” says Reilly.

“Jamboree was a life-changing experience,” according to Lili Hakonen-Meddings, a 23rd WSJ participant from Finland. Elena Lätti, her jamboree troop-mate, adds, “It made me the person I am today.”

“You learn so much without knowing it,” says Tilly. “I think you have such a good time and you’re doing so much stuff that you don’t realize how much you’re learning at the same time.”

Simply being at the Jamboree broadens one’s perspective. Reilly explains how the World Jamboree opened up his world. “I made friends and I’ve been to places like Japan, a place that’s on the other side of the world from small town Omaha, Nebraska.”

Education about the world works both ways. Christa, like many other scouts, was reminded that common knowledge in one place is not necessarily common everywhere. “Not everybody pays attention to what’s happening in the United States, nor knows everything about US scouting,” she explains. “I just made assumptions that if I talked about the BSA that everybody would know what I was talking about … it was the same way with other scouts too … where they assumed I knew about their scouting program.” These types of assumptions aren’t uncommon; there is bound to be something you didn’t realize was unique to the US or the BSA. Christa reminds us, “even though those differences exist, they all come together really perfectly in the World Jamboree.”

The Jamboree education isn’t just about the world, though, it’s also about yourself. Take Tilly, for example. Tilly found the Jamboree a liberating experience. “I think one of the most important things I learned is that I can actually do whatever I want,” she said. “I just remember being at Jamboree being so relaxed and doing what I wanted to with the people I wanted to be with… it taught me to listen to myself.”

Elena found her perspective on life similarly changed, although in a different direction. For one, she became vegetarian after the Jamboree. “I had this group leader and she was vegetarian,” Elena remembers. “I was next to her on the plane and she explained everything to me and I was like, ‘yeah! I’m going to become vegetarian.’” Elena also found a new passion for environmentalism. “I got my obsession about saving the world. I think it’s one of the first places I really talked about climate change and stuff like that.”

Everyone’s experience will be different. For Christa, it wasn’t climate change or vegetarianism that changed her life, but servant leadership. “It’s a very humbling process,” she says, “ to not just participate in a Jamboree but to give up your time to serve those who participate.… I learned how to really give back and see the excitement on all of the participants’ faces and know that I was there to serve them. I think I came back a lot more grown-up than when I went.”

Of course, the Jamboree is what you make of it. Whether as a member of the IST, as an adult leader, or as a participant, there will be plenty of places to find your niche. What’s certain is that your time at Jamboree will permanently affect your life. If you or a scout/scouter you know hasn’t applied yet, do so while you still can. Start your application here. If you have already applied, stay tuned for more updates. I hope to see you at the Jamboree!

Tips from our IST Commissioner

Reflections on the Model UN

Centro Mondial, Bringing Scouting to the World The Jamboree will be filled with scouting adventures of every flavor. Some of these, like adventure...
Read More