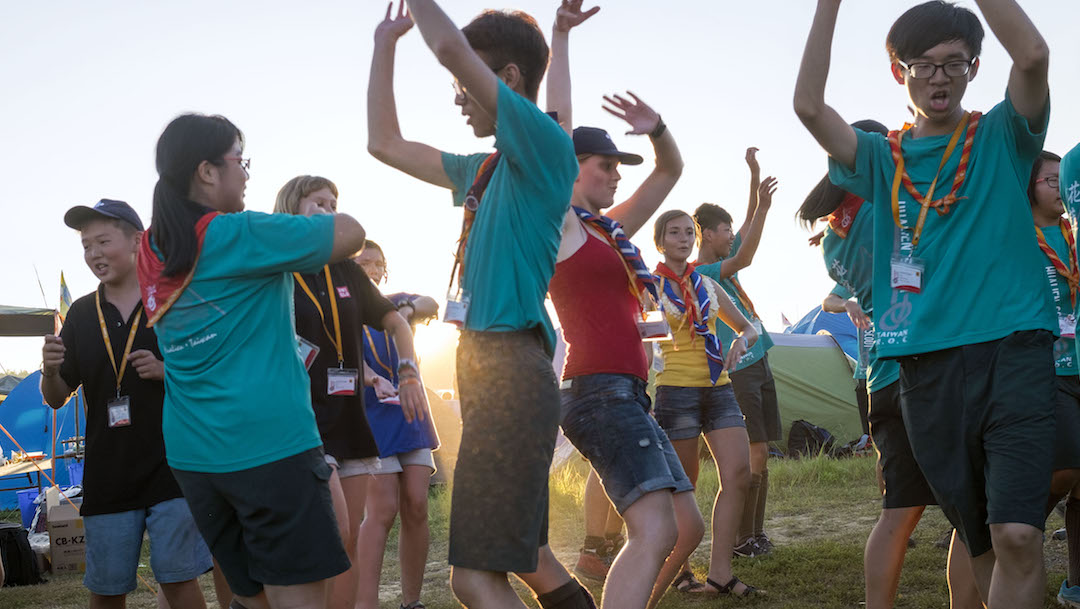 Earlier in our Jamboree Origin Story series, we looked at how scouting spread out of the UK across the globe. The stage was set for World Scouting, but before we could have a World Jamboree, Baden-Powell had to develop the idea of a jamboree itself.

In 1909, Baden-Powell organized the first of several “rallies” and “exhibitions.” The Crystal Palace rally, held on September 4, 1909, at the Crystal Palace in London saw 11,000 scouts from across the UK compete in scoutcraft competitions. It was at that rally that Baden-Powell came across a patrol of seven girls who announced themselves as the Girl Scouts, inspiring Baden-Powell to look into creating a scouting program for girls which became the Girl Guides (and the Girl Scouts in the US).

On July 4, 1911, B-P organized another rally at Windsor Park. That day 30,000 scouts performed different drills and feats of scoutcraft in front of King George V and a collection of princes, princesses, dukes, and duchesses.

B-P wanted to continue having big scout gatherings every two years and he wanted to continue making them larger and larger affairs. In 1913, he gathered scouts for a week, from July 2 to July 9, rather than the day-long rallies he had had earlier. This Imperial Scout Exhibition was held outside Birmingham, England and brought scouts from across the UK as well as delegations from the now numerous foreign scout associations. “Mingling with the British Scouts from every part of the United Kingdom and from Canada, Australia, South Africa, India and Gibraltar,” Green Bar Bill Hillcourt describes in his biography of Baden-Powell, “were patrols or representatives from an even dozen foreign countries: France, Belgium, Holland, Spain, Italy, Sweden, Norway, Denmark, Austria (with Scouts from Bohemia and Austrian Poland), Hungary, China, and the United States.” This gave Baden-Powell an idea…

B-P’s next exhibition would have fallen in 1915 had it not been for the First World War. Instead, he and his team started planing a 1917 exhibition, hoping the war would be over by then. In this time, Baden-Powell decided the exhibitions needed a new name: a Jamboree. As with many changes to scouting, this came with some level of controversy. Hillcourt describes: “‘But you can’t possibly use that word for a Boy Scout event!’ Someone told him. ‘And why not?’ Baden-Powell wanted to know. ‘Have you looked it up in the dictionary?’ B-P hadn’t. Now he did:

B-P decided to use it anyway. Now if you look up “jamboree” in the dictionary, you’ll find a form of that definition side-by-side with Baden-Powell’s definition, “a Scout rally.”

Walking Around the Jamboree – A Program Outline

Walking Around the Jamboree - A Program Outline This article was originally published in the June 2018 edition of WoJam Unlocked. Read the...
Read More