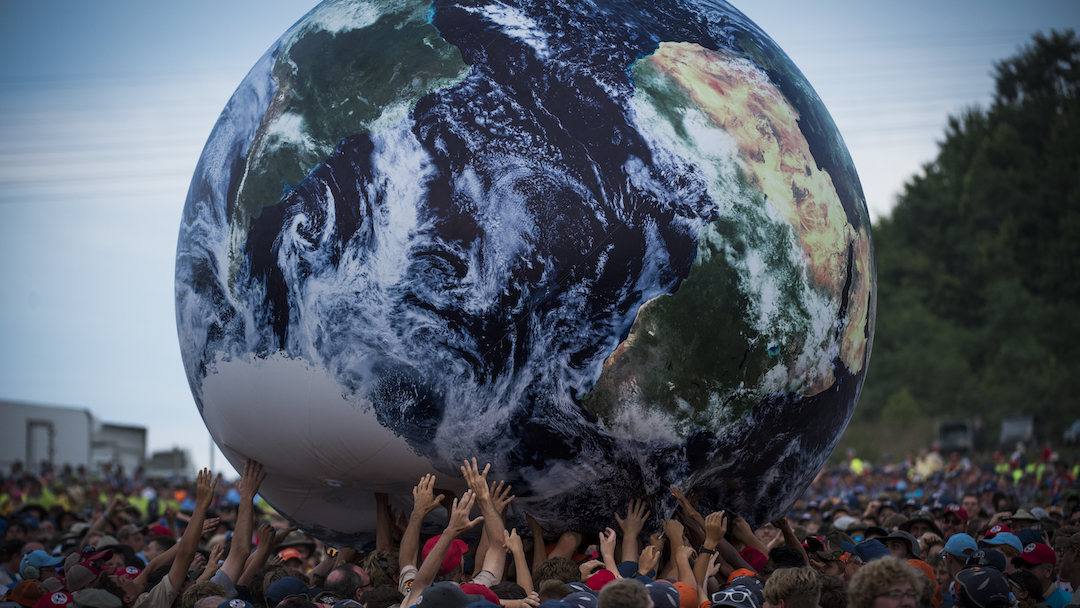 A few years after Robert Baden-Powell, future Baron of Gillwell, started the Scouting movement in 1907, he had a dream which left a particular impact on him. William “Green Bar Bill” Hillcourt, a friend and biographer of B-P’s and a scouting legend of his own, quotes Baden-Powell’s diary describing this dream:

“When I arrived at the Gate of Heaven, Saint Peter had a friendly chat with me and, after questioning me a good deal about my doings on earth asked:

‘And how did you like Japan?’
‘Japan!’ I replied. ‘I was never in Japan’
‘But my dear man’, said Saint Peter, ‘what were you doing all your life? Do you suppose you were put into that world, with all its beauties and wonderful countries, merely to sit down in one corner of it and not go abroad and see what God set out for you? Go back, man, and see all you can while you yet have time.’

Baden-Powell, a military celebrity as well as the founder of the new Scouting movement, was soon afterward offered a paid lecture tour across the US. He took the opportunity to check in on the young Boy Scouts of America before using the proceeds to continue traveling west around the globe. It was on that tour that Baden-Powell met the young high-achieving American scout Arthur Eldred, the first Eagle Scout. It was also on this trip that Baden-Powell met and fell in love with Olave Soames, his future wife. By the end of his year-long trip, Baden-Powell had traveled across the United States and visited Japan, China, Shanghai, Hong Kong, the Philippines, several colonies in the Pacific, New Guinea, Australia, New Zealand, and South Africa. “He had traveled round the world and everywhere scouting itself proceeded him,” Hillcourt describes, “With God’s help and the efforts of men of good will it had a chance to grow into a genuine brotherhood of boys of all the countries of the world, all creeds, all colors, and all classes.”

Spoiler alert, that’s precisely what happened. But what started the spread of scouting in the first place? Only 5 years after B-P started the scouts in the UK, he was already being greeted by scouts in Asia, Africa, and the Americas.

Baden-Powell did make some early efforts to share his scouting scheme abroad but the spread is mostly due to the universal appeal of scouting itself. Scouts first started appearing in overseas British colonies such as Canada, Australia, and New Zealand in 1908 and India in 1909. This was no surprise to B-P; he figured scouting would appeal to all British boys including those in the then British colonies. What surprised him was the fast adoption of scouting outside of the British sphere. Chile was the first non-British country to have scouts in 1909 after several Chilean educators heard Baden-Powell speak about the program. Brazil, Argentina, and the United States of America adopted a scouting program the next year, followed by Belgium, Holland, France and others.

In many cases, Baden-Powell had no direct influence on the creation of new scout associations. The story of Chicago newspaper editor W. D. Boyce’s trip to London which sparked the creation of the Boy Scouts of America is well known to US scouts. Hillcourt describes some equally lucky origin stories of other national scout associations: “A Danish professor, after a trip to England, gave a lecture on scouting to the boys of a Danish school and the next day eight boys asked the headmasters permission to start a patrol of Spejdere. A young Swedish officer, on a stormy trip on a steamer along the west coast of Sweden, picked up a copy of B-Ps Scouting for Boys, left by a fellow-passenger, decided to translate it into Swedish and became Sweden’s first Chief Scout. A British Scout patrol on a walking tour in Germany created an interest among German boys to become Pfadfinders. In Russia, the Ministry of Education prepared a translation of Baden-Powell’s book for use by the boys of the Russian Empire.”

Just like that, Baden-Powell’s scouting movement started spreading across the globe because, as we know today, the appeal of scouting is universal.

Season of Service In 2001, the United Nations declared September 21 to be an International Day of Peace. To celebrate this year's Peace Day, we’re...
Read More

Happy New Year! Happy New Year!  We are very excited about what 2018 will bring for International Scouting in the United States, and how you...
Read More