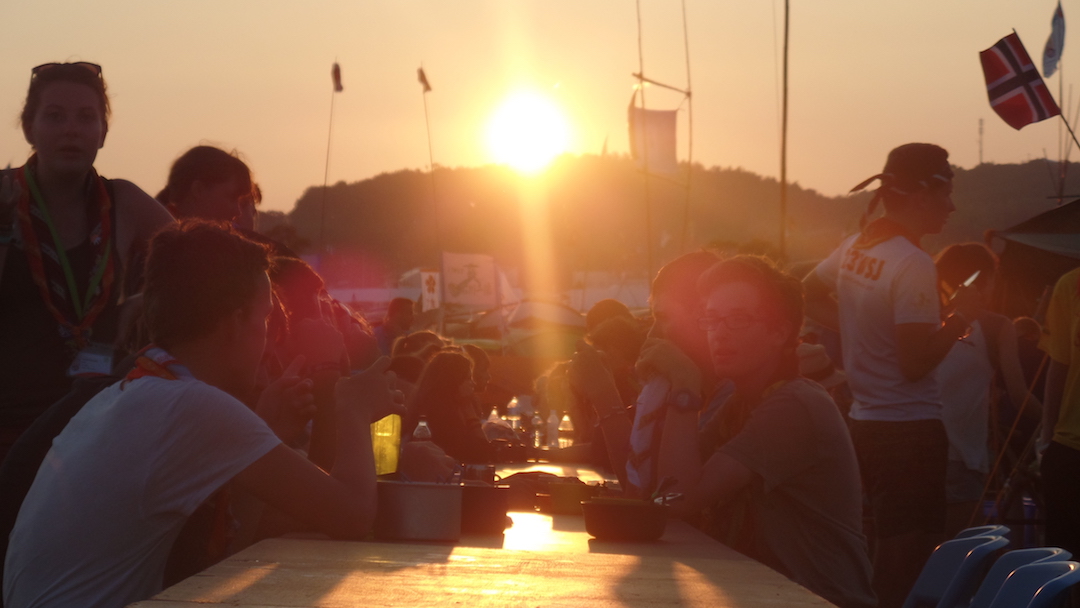 The World Scout Jamboree is huge. 50,000 scouts, 5 camps, and 160+ countries huge. Yet the magic of the Jamboree isn’t just in its grandeur. It’s also in its small, unexpected, human moments. Mark Beese, Scoutmaster of Troop 70302 at the 23rd World Scout Jamboree, remembers one of these moments.
There is a saying, “When you have more than what you need, build a longer table, not a higher fence.”

One of my favorite memories of the 2015 World Scout Jamboree in Japan happened a few days before the end of the Jamboree. Our troop was slow to connect with our neighborhood troops from Poland, the Czech Republic, Japan, Germany, Finland and other countries.  But by the second week, we had figured out the system and made arrangements to share a meal, dessert or evening program with other troops. Our “social calendar” was filling up.

I served as Scoutmaster for our troop, which consisted of 36 Scouts and four leaders from seven western states in the USA, including Colorado, where I live. Two scouts from the neighboring Norwegian unit stopped by with this request; “We would like to have dinner with your troop and our neighbor troops the night before the last day of Jamboree. We want to put our tables together in a row along the path that connects our campsites. Each patrol cooks a meal and at each table is someone from each troop, so we can get to know each other better. What do you think? Are you in?”

I did the math – five troops, four patrols each, 20 tables.  Yea, that sounds like fun.  I called our SPL over and we talked about it.  He replied to our guests, “OK, count us in. We’ll be there.”

A few hours before dinner, we started moving tables and chairs into the grass-covered “road” in our sub-camp. We put up tarps to protect us from the hot summer sun. Some patrols started cooking. Other troops who were not part of the original five stopped by and asked what we were doing. We told them. Some asked permission to join, others just started dragging out tables of their own. 20 tables became 28, then 36, then more than we could count. Scouts were talking in German, Spanish, English, French, Polish, Japanese, and other languages I couldn’t make out.

It was a party atmosphere. Everyone was out in the “road” setting up dinner, making new friends, coordinating meals, trading patches and generally goofing off.

Then the police came. Actually, it was the Jamboree Security Force, who asked who was in charge of this party. Being the Scoutmaster that those two Norwegian Scouts met with a few days ago, the Scouts pointed to me. “Sir, you have to take down these tables and tarps. This is a safety hazard and we can’t have the road blocked. You must comply now.”

This started our negotiation, which seemed like it lasted for hours. In the end, they agreed to let us eat dinner together on one very long table, as the August sun set over the Japanese sea to the west. We took the tarps down. Security guards were dispatched in case of emergencies (there were none).

Hundreds of Scouts from dozens of countries joined us at one very long table.  Songs were sung, stories were told, and food was cooked and consumed by new friends. Laughter was contagious and conversations were animated. I shared a meal with leaders from Germany, Finland, and Norway. The Germans brought chocolate for dessert.

For me, the long table was a metaphor not just for the Jamboree, but for the global community of Scouting in which we live. All were welcome, regardless of where they came from. Everyone contributed to the meal and benefitted from the experience. We all learned something and made a few friends. And, when the party was over, we all chipped in to clean up and prepare for the next day. We came to the Jamboree focused on our troop but left the Jamboree with the realization that the most lasting memories will be of the friends we made at dinner, at our ever longer table.

Just how long was this “Longer Table?” An enthusiastic unit leader from the UK shows some (but not all!) of the dinner party in this clip (from 3:61 to 4:41). 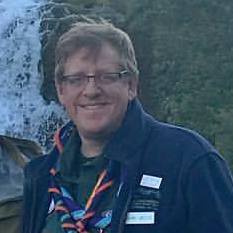 The Bigger Picture Kent Clayburn is the Director of Operations on the Host team of our upcoming Jamboree. He has been working the last seven years...
Read More

Faith and Beliefs It is clear that the World Scout Jamboree brings together a group with a diversity hardly rivaled by any other gathering. As such,...
Read More