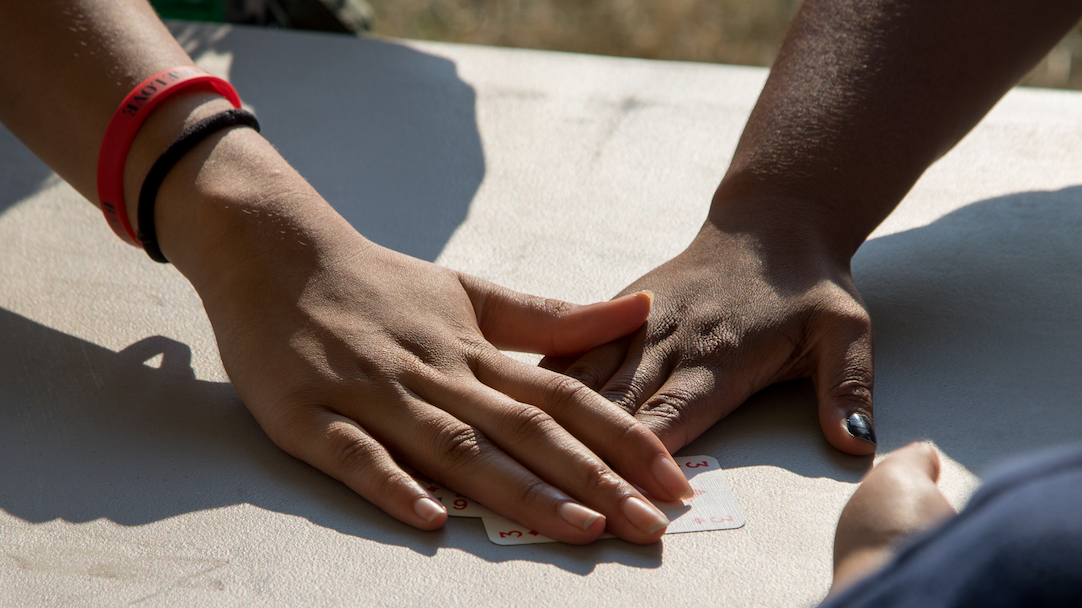 A “Community of Scouts”

Peanut butter and jelly, snow and snowmen, World Jamboree and friendships; some things are made for each other. As we looked at in our last post, the World Jamboree, like the Olympics, brings people together. As such, there is no place like the World Jamboree for making friends. What exactly does that mean? How is the World Jamboree different from a National Jamboree or a council camporee? To help answer those questions, we asked some previous World Jamboree participants and IST about their experiences.

Talk to anyone who’s attended a World Scout Jamboree, and it won’t take long for friends to come up. For Christa Waterwiese, IST at the 23rd World Scout Jamboree in Japan, friendship is what brought her to the Jamboree in the first place. “My favorite part of the National Jamboree was meeting international scouts,” she says. “I wanted to see more of that … and that’s exactly what I got in Japan.”

That’s no surprise seeing as the World Jamboree is intended to foster friendships. As Tee-Tee Nguyen, a participant at the 23rd WSJ, explains, “At World it [is] more about getting to know different people, whereas at National it [is] more about high adventure.” That’s not to say that there won’t be plenty of high adventure at the World Jamboree as well. Rather, the focus will be on having adventures together, with new friends.

And there will be plenty of friends to choose from! With around 50,000 scouts and scouters at the 24th WSJ, there should be no problem finding someone interesting to spend your time with. These aren’t just any scouts and scouters, after all. Coming from the 169 national scout organizations (NSOs) in the World Organization of the Scouting Movement, the attendees of a World Scout Jamboree make up what is possibly the most diverse group in the world.

“[At a World Jamboree,] you are able to make friends that you would never have made in the United States. The amount of culture that is at these events is just awesome,” says Jamboree veteran Reilly Granberg. Reilly, having gone to the 21st, 22nd, and 23rd WSJ (as well as 3 NSJs!), knows firsthand how easily the different cultures at a World Jamboree mix. No matter how different two cultures might be, the fun of Scouting can bring them together.

“It’s amazing. You have this feeling of community. It’s just Scouts being together.”

That’s just what happened to Teleri Livingston, a participant at the 23rd WSJ from Wales. “We’d brought a little paddling pool,” she explains. “I just remember sitting in it and then, all of a sudden, loads of these scouts, I think they were from Thailand, just came running over. They didn’t speak a word of English, but just came running over and jumping in this paddling pool. … It was so bizarre but really funny. We had this great time… just splashing and trying to cool down …. It’s something that sticks in my mind.”

Unexpected connections like this are the rule, not the exception at Jamboree. Everyone else at the Jamboree wants to meet you just as much as you want to meet them. After all, a Scout is friendly.

“It’s amazing. You have this feeling of community. It’s just Scouts being together.” says Elena Lätti of Finland, a participant at the 23rd WSJ. Lili Hakonen-Meddings, also a 23rd WSJ participant from Finland, agrees, “Everyone was so nice. Everyone was so friendly. … Everyone just high five[d] and hugged you. Wherever you were.”

“You’ll think, on the plane or however you get there, ‘Oh! What if no one talks to me?’ and ‘Aw, no! What a disaster it’ll be!” says Rhian Richards, another scout from Teleri’s Jamboree unit. But there is no need to worry says Rhian, “Everyone will talk to you! You’ll be in a queue and everyone will be like, ‘Where are you from?’ ‘Who are you? I am so-and-so.’”

Conversation starters abound at the Jamboree. “Here’s my contact card. Message me,” Elena recalls. Lili adds, “Can I have your signature? or your photo?”

With so many friendly scouts, you can make a friend doing just about anything. “Actually, I remember one of the really fun experiences was just walking around and just talking to people,” says Teleri. “After we’d eat, we’d meet with everyone else,” says Rhian. “I’d go to see [friends] and we’d wander around camp.”

“Sometimes people would have events on at their camps,” Rhian remembers. “We would, quite a lot. We did all sorts. We had tea parties. We had a [party] night.”

Another way to get to know other scouts is over food. “We swapped,” remembers Tilly. “We went to other units for dinner. … That was really fun…. Socializing over food is just great.”

“My favourite memory,” recalls Rhian, “… was our last meal together … It was like a massive row of campsites and we all had our tables out together and ate …. I remember that ‘cause it was really nice. … I think we should make everyone do it.”

The last meal of Jamboree doesn’t have to be the end of your new Jamboree friendships. “I actually still talk to a bunch of the scouts that I met there”, Christa says about the 23rd WSJ. “One of them from Holland is … studying abroad in the United States. I’m going to see her this summer, which is really awesome.”

Tee-Tee tells a similar story. “Once you go to Jamboree and you make so many friends from around the world, you kind of have a network of scouts who you can hit up whenever you need to. I went to London and France last summer and I just messaged them and said, ‘Hey, I’m in Europe, you want to hand out with me?’ and they showed me around. It’s great having friends in other countries to hang out with.”

Attending a Jamboree is a chance like no other to make new friends. Luckily, you don’t even have to take the word of these past Jamboree attendees. The best way to really understand the magic of Jamboree friendships is to go make them yourself.

Unity Show After a full day of sharing each other’s cultures in our basecamps, all 45,000 Scouts here at the Jamboree gathered at the Summit Stage...
Read More

Longer Table The World Scout Jamboree is huge. 50,000 scouts, 5 camps, and 160+ countries huge. Yet the magic of the Jamboree isn't just in its...
Read More

The Jamboree Blues, and What to do About Them

The Jamboree Blues, and What to do About Them The Jamboree leaves a big gap in one’s life when it ends. After spending months (or years) of...
Read More